Back in the beginning of May I had a brainwave to make knitted toys for party favours for E’s 7th birthday party, instead of doing loot bags full of junk food.  Her party was the 1st of June so I figured I’d have plenty of time to make x8 toys.  After extensively browsing Ravelry I decided on Cordell the Owl as the pattern to use, with E’s approval.

I don’t know why, but I didn’t make them one by one – instead I knitted 8 little bodies, then 8 little beaks, and 16 little wings.  And then I sewed them all together over a few very very late nights.  It turns out that I am super slow at knitting little things and at sewing up little things, and I didn’t manage to finish them until 2am on the morning of the party – yawn!

I didn’t make the eye patches, instead I just cut out pieces of white felt.  And I didn’t do the feet because I simply ran out of time.  I magic looped the bodies and wings, and used dpns for the fiddly little beaks.  I actually found the beaks a little large, so after the first one I tried to make them smaller prior to attaching them to the body.  I got some 12mm amber teddy bear eyes from  Spotlight, which I think look really good – better than just buttons or black felt.

On the day before the party E and I went to Ike’s Emporium, and we chose some flowers and bows to attach to the owls, to pretty them up cos they are girl owls.  Apart from the orange owl which C chose for himself.

The morning of the party they tried to escape… 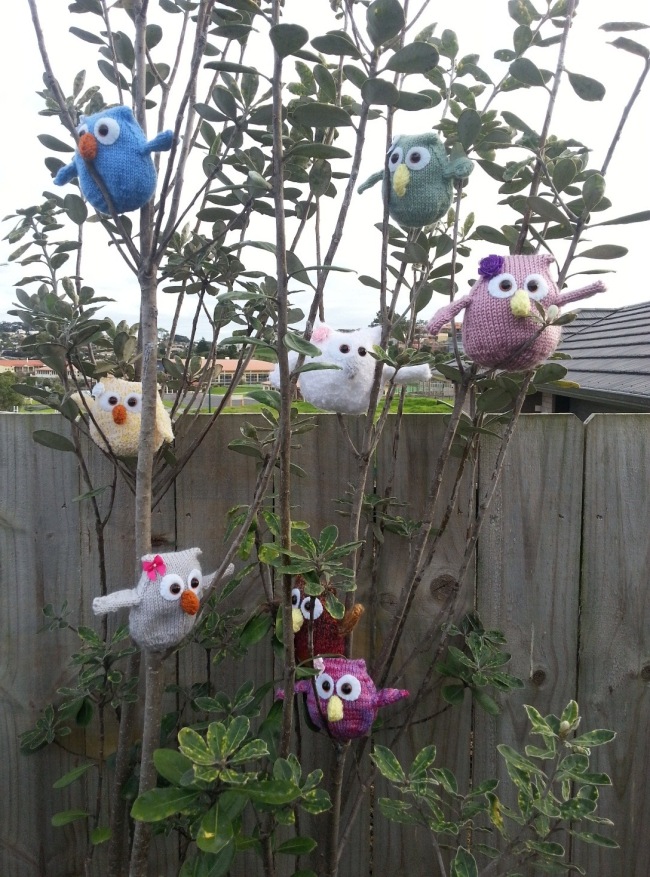 I rounded them up and then wrapped them up before the party, and then at the party we played a game, with each girl in turn having a lucky dip and choosing a parcel.  Then she left the room while the others hid the parcel, and when she got back they played “hot and cold” while she looked for it.  It was a big hit, they all had a great time.  Then to wrap up the party they made bedrooms or nests for their owls out of boxes and craft stuff.  E loved it so much she spent the entire next day adding boxes to make more rooms, and ended up with an entire owl-house. 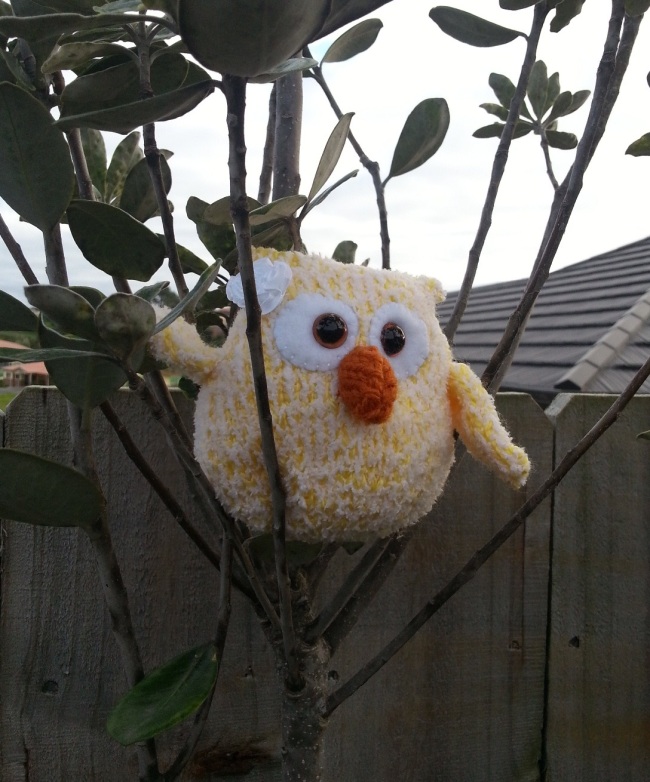 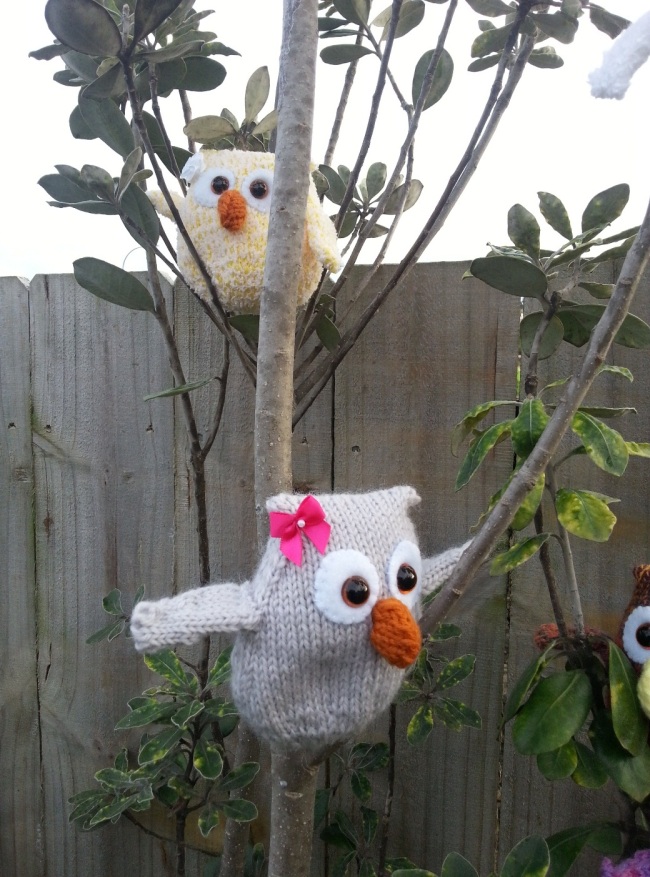